Today was a memorable day of bird photography for me out at the Shawangunk Grasslands. We received a heavy dusting of snow the night before and the grasslands looked beautiful. The light was not exceptional, but the birds were flying pretty good, mostly Northern Harriers and Rough-legged Hawks. The highlight of the day for me was this Rough-legged Hawk that landed right next to the blind. The RLHAs are usually so aware of human presence and stay pretty far away so I was glad to get this photo:

The Northern Harriers seemed to be exceptionally acrobatic on this day:

And I finally got a shot of an adult male that I like pretty well:

There are plenty of Red-tailed Hawks out at the grasslands, but they seem to spend the majority of their time along the perimeter of the reserve. This one perched temporarily in the tree right behind the blind.

The Rough-legged Hawks were very active on this day. These two were mixing it up pretty good. One of them had a clump of grass that I assume contained some prey and the other wanted it pretty badly. They made their way across the grasslands chasing and tangling as they went.

And in case all of that was not exciting enough, at the end of the day a coyote made its way across the reserve…way out in the distance but still a joy to see. What a day! 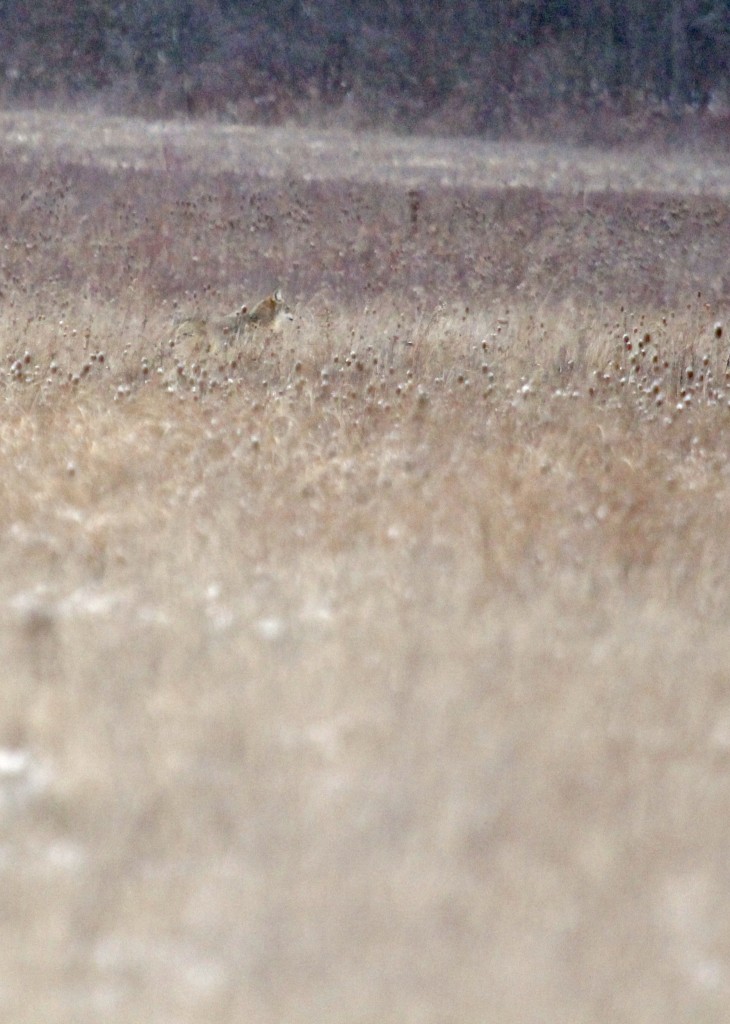