I decided to forego my Christmas shopping on Black Friday, and headed to Montezuma National Wildlife Refuge instead (that was a joke, by the way, I know, keep my day job). Birding the refuge can be a little bit overwhelming during duck migration. Black Lake, the first large body of water on the left on Wildlife Drive, was absolutely loaded with waterfowl! There had to be thousands of birds present. Some birds are close enough for good binocular looks and even some photos, but most of the birds are pretty far out – it’s a distant sea of waterfowl. For the day, I had a total of 15 species of swimming waterbirds at the refuge: Canada Goose, Tundra Swan, Northern Shoveler, Gadwall, American Wigeon, Mallard, Canvasback, Redhead, Ring-necked Duck, Lesser Scaup, Greater Scaup, Hooded Merganser, Ruddy Duck, Pied-billed Grebe, and American Coot. I also did alright with raptors, with: Red-tailed Hawk (3), Bald Eagle (4), Northern Harrier (3), American Kestrel (1), and ROUGH-LEGGED HAWK (1).

One of the more exciting moments was seeing an incredible 87 (!) SANDHILL CRANES. I viewed them from East Road – the birds were relatively obscured by vegetation which made getting a good count difficult. At first I counted approximately 60 birds, but then I discovered there was a second group, just 100 yards away. My best count was 87, but I’m sure there were some birds that were hidden and not counted.

I wanted to drive through Wildlife Drive one more time.  I stopped by the visitor’s center and another birder told me that he had seen a SNOWY OWL nearby to the refuge just a little bit earlier. I ran for the owl, but alas, it must have moved and I was unable to relocate it. I did get lucky with the CATTLE EGRET that has been recently reported; a bird that I would normally be pretty excited about but I was bummed to have missed a Snowy by such a small margin. From there, I decided to leave the refuge and bird Cayuga Lake…

…I drove the west side of the lake and ended up at Cayuga Lake State Park, which had a nice dock for viewing the lake. I added 4 species of waterfowl (American Black Duck, Bufflehead, Red-breasted Merganser, and Horned Grebe), bringing my total for the day to 19. I was most excited, however, with the gulls present: Ring-billed, Herring, Great Black-backed, and BONAPARTE’S.

On Saturday morning I tried again for the Snowy Owl, but was unsuccessful. I also wanted to try Cayuga Lake again, this time I went down the east side of the lake. I was hoping to do better with Bonaparte’s for photos – I got much better looks, but the photos were terrible. I did add Common Loon, Double-crested Cormorant, and Common Goldeneye to my waterfowl list, giving me a total of 22 species in two days – not too bad. Good birding in Seneca County!

The good thing about not being able to bird all week is that I am really appreciating my birding time when I get it, down to the littlest things, such as that beautiful feeling of putting my binoculars up to my eyes and focusing in on a bird; it’s a joy. The bad thing (or at least one bad thing among the many), is that I feel out of practice. This is my second week of no weekday birding and I’ve had the same feeling both weekends, where I was just a little bit out of sorts and not really quick to ID birds.

Additionally, you would think that, since I didn’t have the opportunity to bird all week, that I might come up with a plan for my Saturday morning when I finally can get out. But I didn’t. So I just headed out and cruised the black dirt; my main goal was to try and find some Canada Geese to sort through. The morning was mostly a dud; my highlight was watching in my scope, as an absolutely gorgeous Coyote made its way across a field in the distance. That was awesome. I also bumped into John Haas, who I hadn’t seen in a while, so that was nice. We sorted through the largest group of Canada Geese that I had all morning (maybe 600 birds?). Unfortunately, we came up empty and I was running late to meet up with Linda Lou at the Bashakill to do water testing, so I had to run. While I was doing the water testing, John put out an alert that he had a CACKLING GOOSE on route 416 by Hillcrest Farms. After water testing and little lunch, I headed out into the rain and ran for John’s Cackler. It took me ages to find the bird, but eventually I did. It was a really good stop and I got really great looks in my scope and the usual goose documentary photographs. Huge thanks to John for finding and posting.

After, I thought it might be a good idea to try for more waterfowl. I headed to Tomahawk Lake, since it wasn’t far away. I had: Common Mergansers, Ruddy Ducks, and a single Ring-necked Duck there. Then, I headed to Round Lake. I went there because there is a covered spot for viewing the lake, since the rain had picked up pretty good at that point. At Round Lake I had 4 species of waterfowl: Mallards, a single Ruddy Duck, two Pied-billed Grebes, and three Greater Scaup that were close enough to shore for some decent photos (rain and horrible lighting aside). By the time I left Round Lake, it was late and dark already. I was going to head to Glenmere Lake, but  that will have to wait until tomorrow… 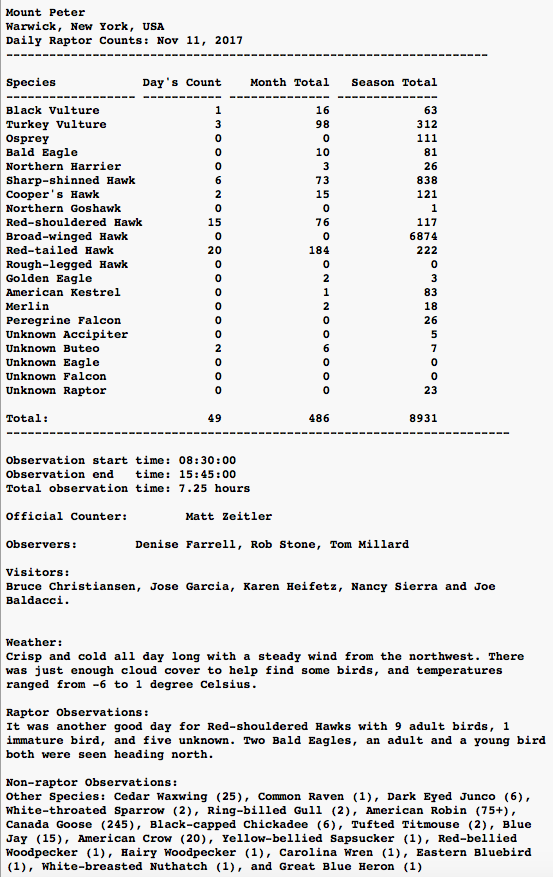 QUICK POST: I took a cruise around the black dirt this morning. I was hoping for Horned Larks/Lapland Longspurs/American Pipits and also to sift through some geese looking for rarities. I did well with American Pipits, seeing them in several locations and finally getting some photographs, but struck out with larks and longspurs. I had a hard time finding any collections of geese; eventually I did find a couple of larger groups, but other than Canada Geese, the only other goose I found was a single Snow Goose. I had a pleasant surprise when I located two late moving American Golden Plovers. They were late enough that when I went to do my eBird report they were flagged as a rare bird. Not an amazing morning, but any time I get a shorebird in OC, I’m a happy birder. 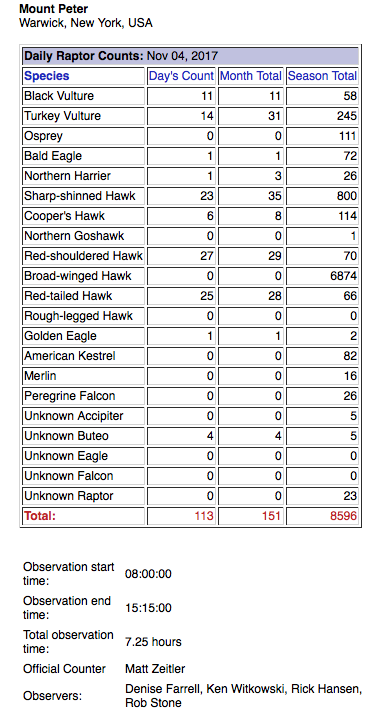 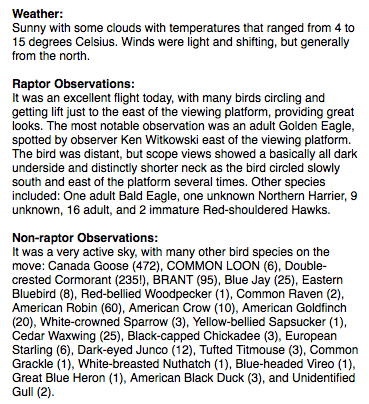