American Golden-Plovers continue onTurtle Bay Road in the Black Dirt Region. John Haas had 4 there early in the day yesterday, Rob Stone and Curt McDermott had 15 late in the evening, and I made a quick stop there this afternoon at around 4:30 to find 10 American Golden-Plovers still present. Also present were approximately 25 Killdeer and 1 Spotted Sandpiper.

Again the birds were just too far out for any kind of photos, so that’s two posts in a row with no pics! Good Birds – No Photos.

Tonight at Skinner Lane I had two UPLAND SANDPIPERS. Unfortunately, the birds were out too far for photos, so you can click here for the Cornell Lab of Ornithology page on Upland Sandpipers or here for Google images of the bird.

I went out birding on this rainy day in search of the Willet that Rob Stone had found the day before at Wallkill River NWR. I actually ran into Rob at the refuge where we walked the loop but had no luck with the Willet. From there I headed over to Skinner Lane. There was not much going on in the field that has recently had the pools of rain water, just some Killdeer and what I’m thinking were Least Sandpipers. A few fields later on the left side I saw a couple of interesting looking birds. When I got my scope on one, it appeared to be an Upland Sandpiper, with its long neck, shortish bill, and small head. It was walking in the short grass along the edge of longer grasses, ducking into the longer grasses from time to time. Rob Stone showed up after a while and enjoyed good looks at the bird and then and located a second Upland Sandpiper. Awesome night for me – life bird!

I birded the Basha Kill WMA by kayak this foggy morning. The highlight of the outing was this Blue-winged Teal:

The sun finally broke through in time to get a few raptor photos:

On Thursday after work I made a quick stop at Skinner Lane and found no shorebirds, so I headed over to Wallkill River NWR. It had rained just a little on Wednesday night, so I was hoping that maybe some new birds had moved in. Judy Cinquina had also reported a good number of shorebirds at the reserve to the Mearns Bird Club. I found a sizable number of shorebirds present that largely reflected what Judy had seen a day earlier. Most shorebirds where found on the West and South sides of the Liberty Loop:

This morning I received a text from Rob Stone – American Golden Plover at the Pine Island Turf Nursery. Tricia and I headed over and thank goodness John Haas was there and on the birds because I don’t think I would have ever found them. Out in the distance in one of the fields, there were 4 birds present; two were adults in breeding plumage. The views were quite distant, but the light was good and the black undertail coverts on these two birds could be seen easily enough. They were harvesting onions while we were out there and the farm machinery finally moved close enough to flush the birds and I got one single photo of the birds in flight. This another distant photo, I think it is worth it click on it to enlarge it so you can a little bit of a look at these birds:

A final note: I had a few minutes in the early afternoon, so I cruised by Skinner Lane and again struck out. I also went to the Camel Farm where I had a single Greater Yellowlegs. My final stop was at the viewing platform at Wallkill River NWR, where I did not see any shorebirds but had 7 Great Egrets and 2 Green Herons in my very brief visit.

Last Sunday, Tricia and I went for a paddle in the kayaks to Winding Hills Park in Montgomery NY. We like to go there for a relaxing paddle; it is very beautiful and the sunsets can be amazing. For birding, it is usually not that great – there is usually at least one Great Blue Heron Present and we have had Spotted Sandpipers there from time to time. Eastern Wood Peewees can be heard and sometimes seen, and Tufted Titmice and a number of other song birds can usually be counted on. On this day, as soon as I got out of the car the first thing I noticed was an Osprey fishing on the lake. I had never seen one there before and I am thinking that this bird was making a stopover during its migration. I took a bunch of photos while the light was good and then afterwards, Tricia and I just relaxed, floating around the lake in our kayaks and enjoying the sunset.

I just barely made it. I received a couple phone calls during the day, one from John Haas and then another from Curt McDermott, letting me know that Bruce Nott had found a YELLOW-CROWNED NIGHT-HERON at Masterson Memorial Park in New Windsor NY. I was told that this is only the second recorded observation of this bird in Orange County! I arrived at the park a couple minutes before 4:00 and as I pulled in a park employee informed me that the park was closing. I jumped out of my car without really saying proper hellos to John, Bruce and Ken McDermott who were all there observing the bird. Bruce got me on the bird in my scope and I was happy that I didn’t miss it. Bruce then chatted with the park employee long enough for me to click a few photos. On my way out I noticed that you could still see the bird from the road. Not only that, it was definitely closer than where we were before. I parked my car up the street, walked back and took a bunch photos from the roadside. I am not thrilled with the results, but I did manage few decent shots.  The bird was still quite distant, so all of these photos are heavily cropped. Huge thanks to John, Curt, and, of course Bruce – what a bird! 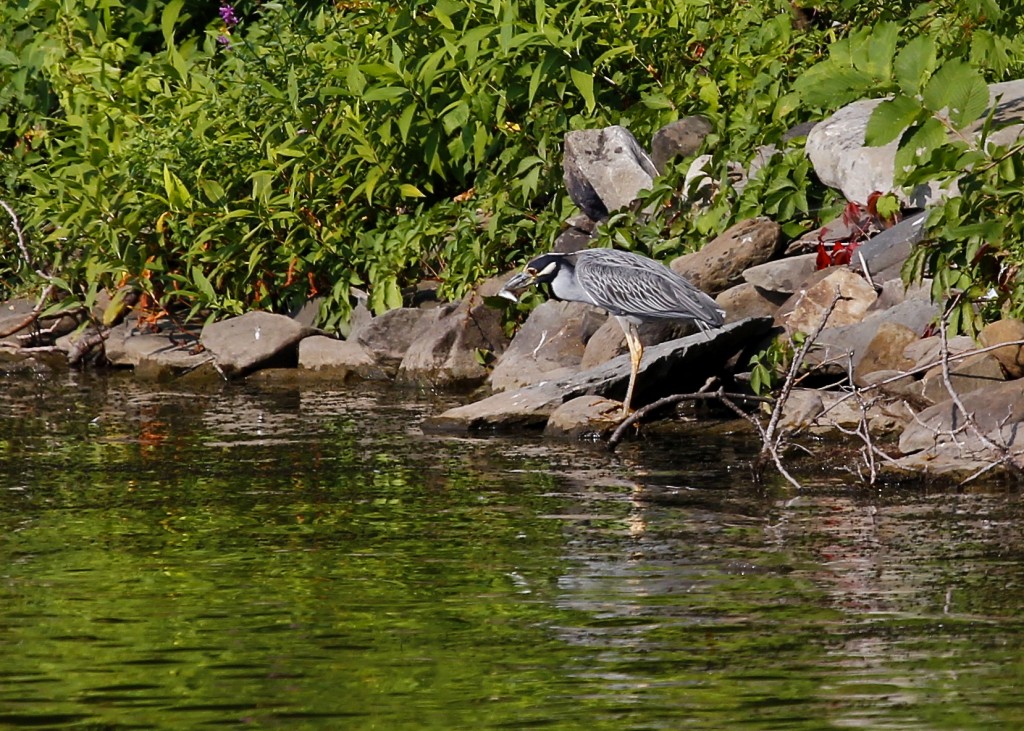 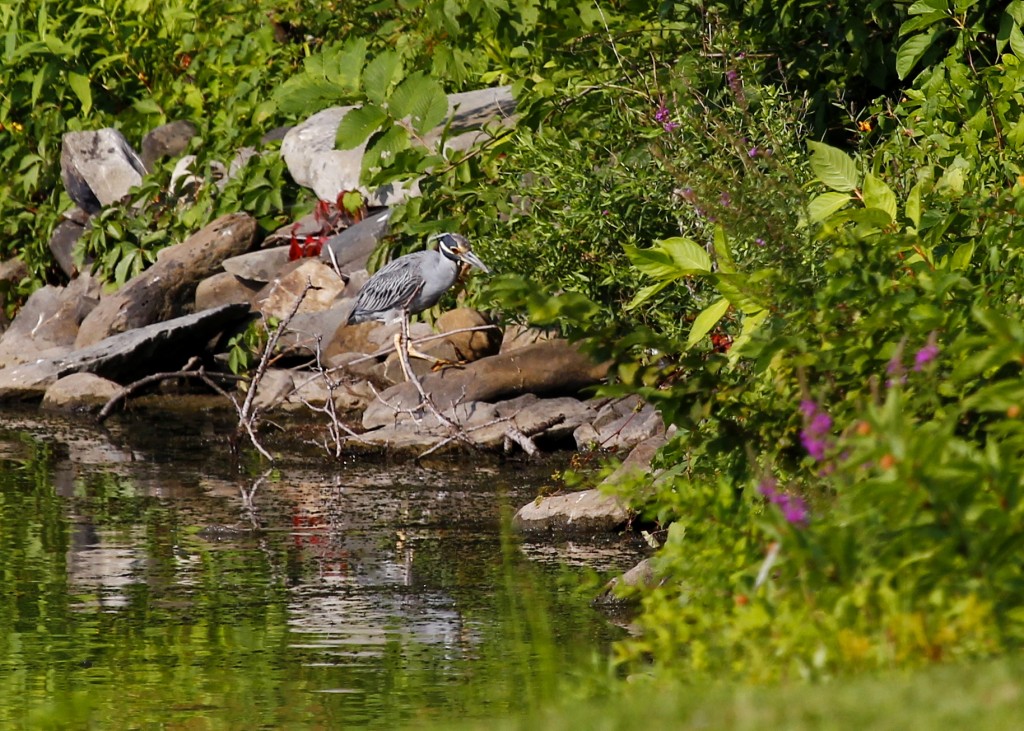 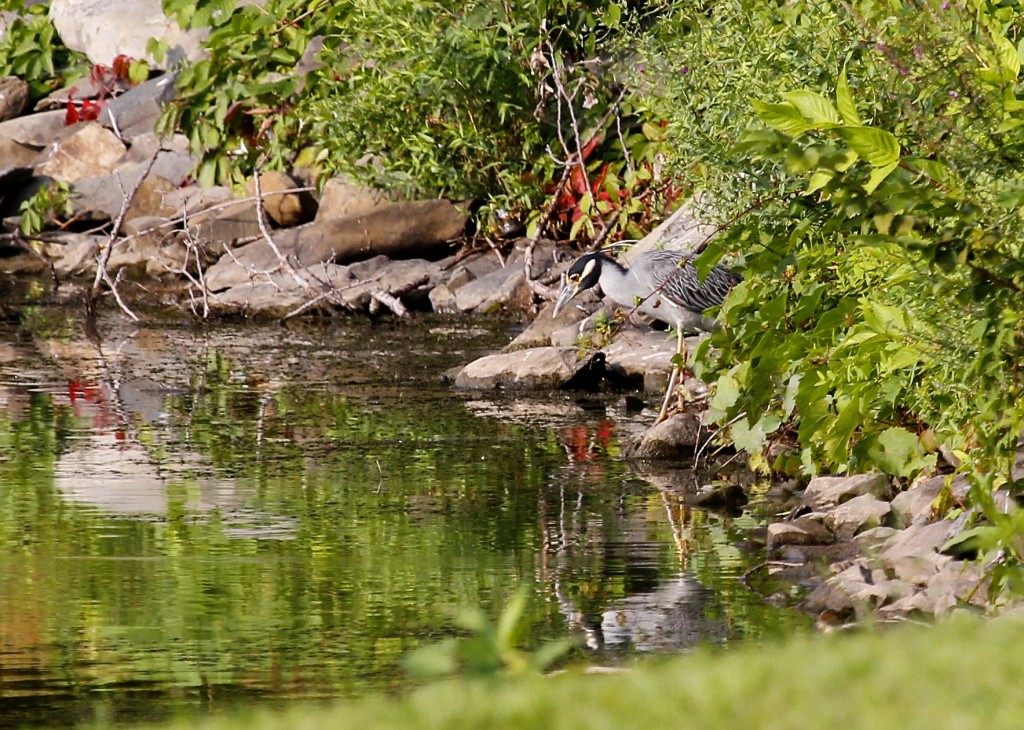 I took my kayak out to have a paddle out at Morningside Park this morning. John Haas reported a Baird’s Sandpiper there yesterday in his blog, and I was hoping it would still be around. It was a really great morning of birding for a few reasons. First of all, I got to see some really great shorebirds:

The second reason it was such a terrific morning of birding is how close you can get to the birds there. By moving slowly and smoothly in the kayak, you can get REALLY close to these birds. In fact, it kind of messed with me at first – I never get this close so my sense of size and scale was out of sync. I got fantastic looks at all the above species, and this also was a big help with getting some photos.

The third reason is that after I was there for about 40 minutes, John showed up in his kayak. It is always enjoyable to bird with John and I learned a great deal by both talking  with him and by watching him as he systematically went through all the islands to make sure he did not miss a bird. His thoroughness and his dedication are inspiring to me.

I met Karen Miller out at Benedict Farm today after work to do some birding. It was not overly “birdy” there tonight, but I was pleasantly surprised to find some pools of water near the entrance with about 25 shorebirds. Greater Yellowlegs, Lesser Yellowlegs, Solitary Sandpipers, and Least Sandpipers were all present. It was nice because the birds were not very far out, which allowed for some close-up observation and, of course, some photo opportunties. I didn’t do all that well, but here are a couple I thought were worth sharing:

We had another pleasant surprise when I started photographing a fawn in the bushes: 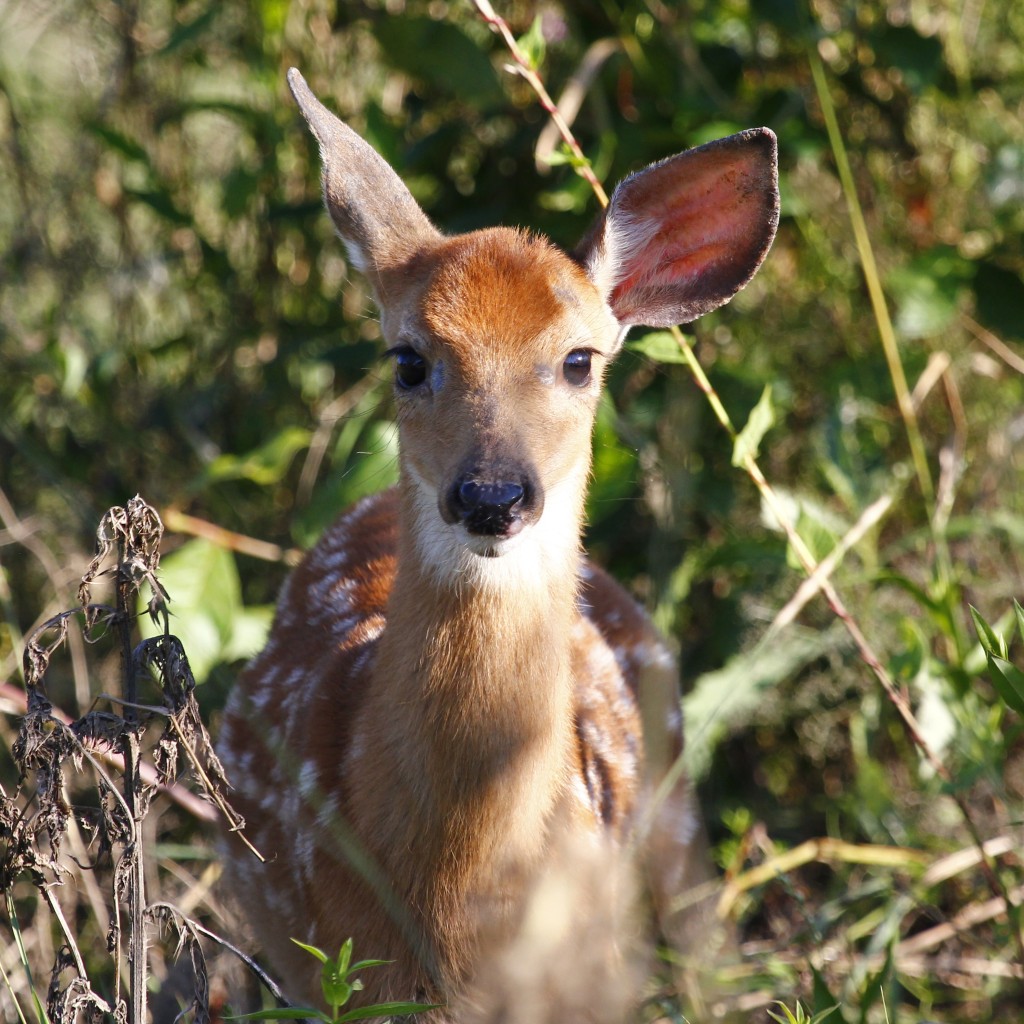 Instead of fleeing like most fawns, this one decided to walk out onto the trail and come right up to me! It was like a pet dog, licking me and letting me pet it all over.  As Karen and I birded, the little fawn followed us around, right at our feet. It was an incredible and unique experience but it was also a bit concerning to me. This fawn seemed to be alone in the world and I wondered how it would make out. As we headed out, the little fawn followed us until we got a bit closer to our cars and it turned back.

I spent the day thinking about my ID of this bird, so I made it back out to Skinner Lane tonight to try and get a second look. Luckily, the bird was present. I watched the bird in my scope for a long while when finally all the shorebirds lifted up. This gave me a chance to bird in flight – revealing black armpits. This leads me to believe the proper ID of this bird is likely a Black-bellied Plover. I feel very fortunate that this bird stuck around so I could get another look and hopefully get it right. This has been yet another learning experience on the road to hopefully becoming the birder I aspire to be.

I made a quick stop by Skinner Lane tonight after my golf match and found this American Golden-plover among the Least Sandpipers, Greater Yellowlegs, Lesser Yellowlegs, Killdeer, and Pectoral Sandpipers. Karen Miller was coincidentally also birding the area and joined me. We both got great looks with binoculars and in the scope.  I was disappointed because I did not have my camera, but I was lucky enough to get the above shot with my iPhone with Meopix adapter on my scope and Karen was kind enough to send me some of her shots: