I made it out to Sterling Forest State Park in Tuxedo New York this evening to try to see the Mississippi Kites that had been seen there over the last several days. I would like to thank all the folks from the Edgar A. Mearns Bird Club who posted about the kites. I was not disappointed in the least! I was there for an hour and a half and both birds where present almost the entire time. I watched as they ate dragonflies and also got to see them mate on two separate occasions! What a great day of birding! Here’s some photos: 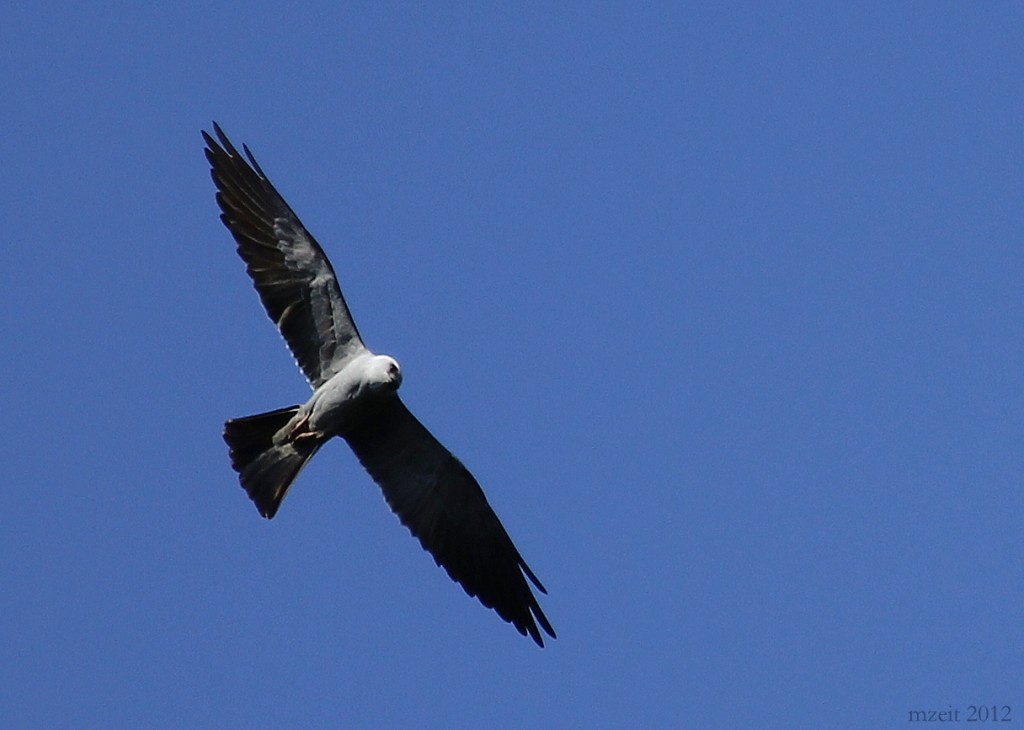 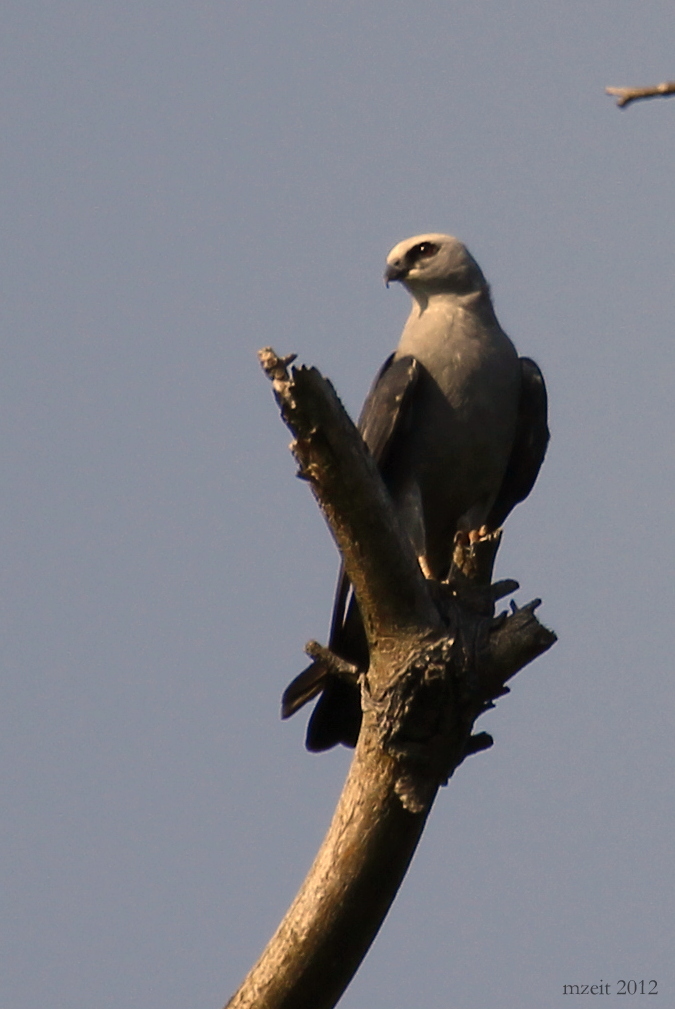 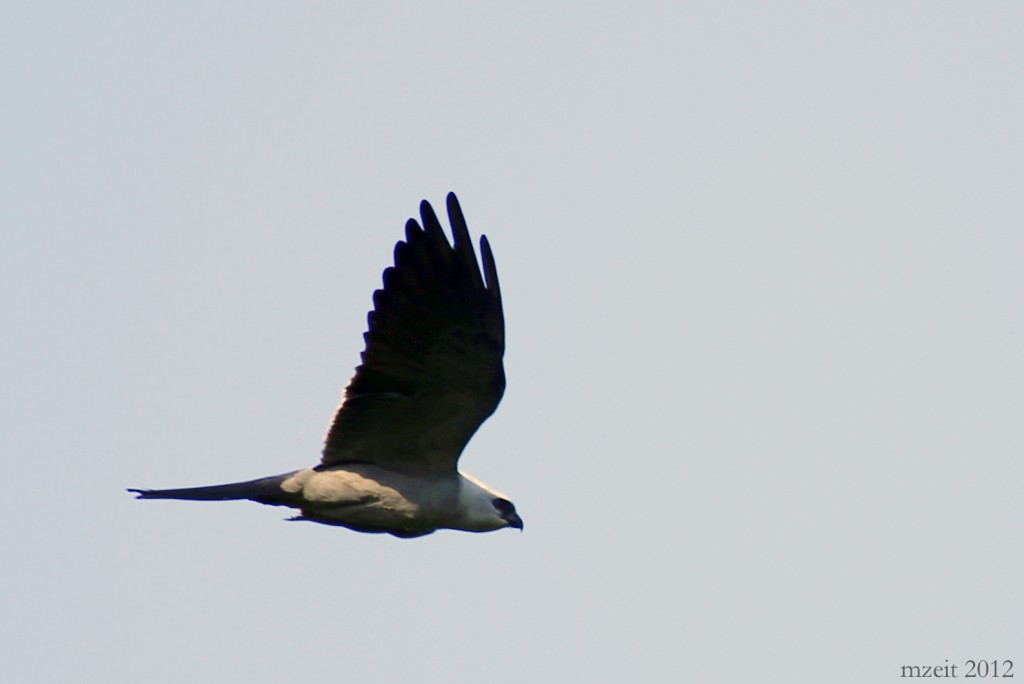 Yesterday after work I made it out to the Hyper Humus Marshes (now called the Paulinskill River Hyper-Humus Wildlife Management Area). I saw on eBird that Red Phalarope had been spotted there, so I figured I would go check it out. It was my first visit to the Hyper Humus Marshes, and I will definitely be going back. The site is located near Lafayette in Sussex County, New Jersey. According to the Audubon website ( http://iba.audubon.org/iba/viewSiteProfile.do?siteId=3115&navSite=state), it is an Important Bird Area and “most of site is composed of freshwater forested and emergent wetlands fed by the Paulinskill River and numerous permanent springs. The site contains several cattail marshes and large ponds originally created in the 1900s by a peat and humus mining operation belonging to the Hyper Humus Company”. It is a really nice walk and there were plenty of birds to see.

I had a relatively quick outing, I was there for just under and hour and a half. I did not have any luck with the Red Phalarope, but it was a productive day. I ran into Mary Ann, an experienced birder that I met one other time out at the Wallkill River WR. We walked together and she helped with some of my identifications (thanks!).  For the day, I had 26 species:

The highlight of the day for me was getting a good look the Indigo Bunting. Hearing the Veery was great too, that song is just amazing.

On Thursday I went out to the Wallkill River National Wildlife Refuge to meet up with Karen Miller. Karen is good company and I really enjoy birding with her. We are both at a similar level with our birding and we are both really into it. We decided to walk just the eastern side of the Liberty Loop, out and back. We both agreed – that section of the trail is  where we have each had the most luck.

Well, luck certainly was with us, we had a very productive evening. We had over thirty species in just over an hour and a half and with not much effort. The birds just seemed to be revealing themselves to us. Here’s our list:

Karen messaged me that the Brown Thrasher, Peregrine, and Bobolink were here favorites, and don’t forget the Indigo Bunting! I was very excited to see the Bobolink also because it was a life bird for me, but my best bird of the day was the Peregrine Falcon. I will never get tired of seeing that bird! Here’s a couple more photos:

I spent a long day birding out at the Basha Kill today. I started out on Haven Road, hoping to see an American Bittern again. I ran into a large group of birders- members of the Edgar A. Mearns Bird Club (http://groups.yahoo.com/group/Mearnsbirdclub/). They had just spotted an American Bittern, but it was in the weeds and out of view. The group moved on, but I stayed for a while and I kept looking back to where the bittern had been found and eventually I was rewarded as the bittern flew most of the way across the Kill, only to disappear into the weeds once again.

Next I went to the Deli Fields where I saw Baltimore Orioles collecting nesting materials, many Song Sparrows, a Brown Thrasher (first of season for me), and I got a really nice look at an immature Bald Eagle. The Bald Eagle took me by surprise and was too far away for any good photos before I knew it. In general, it was a frustrating day with the camera. I was slow on the draw all day,  and in addition to that struggled with my settings, forgetting to make the proper changes as the conditions changed.

A good example of my camera struggles occurred at my next stop, the nature trail. I had a Yellow Warbler taking a bath, splashing around having a good time. I had just finished trying to get some shots of an adult Bald Eagle in bright sunlight and this warbler was in the shade. Lesson learned: It is so important for me to be aware of my current settings and change them as the light conditions change. Here is the best picture I got:

I went to the “stop sign trail” next to try and see some warblers. I probably went there a little too late in the day- there was not much bird activity. I did see: more Baltimore Orioles, Yellow Warblers, American Redstarts, a Blue-gray Gnatcatcher, and a Common Yellowthroat. I ran into Maryallison Farley from the Basha Kill Area Association. As always, it was really nice to see her and she invited me to go up to her place to get some photos of the Eastern Bluebirds that are nesting there:

At the end of the day I had identified 28 species, which not bad for me, but only a fraction of what can be seen out there. In addition, I saw and photographed a couple flycatchers which I continue to struggle to identify. The American Bittern in flight was the highlight of the day for me. Here are some more photos:

Yesterday evening I took a walk on the Heritage Trail which is just a block or so from my house. The trail runs along side 6 1/2 Station Road Sanctuary which, according to the Orange County Tourism web site (see links), is a “62 acre wetland bird sanctuary owned and maintained by the Orange County Audubon Society”. It is a great spot for birding and just happens to be a short walk from my house.

I headed out without high expectations. I have been struggling with the camera lately, not getting good exposures, so I just wanted to go out and experiment and try to work on a few things. For some reason I did not think there would be many birds. Boy, was I wrong! I had a slow start with a lot of the usual suspects – American Robins, Red-winged Blackbirds, Gray Catbirds, and a couple different kinds of warblers. Then things started to get good. A Green Heron flew across the water giving me a great look and then landed in a tree on the far side of the sanctuary. Not long after that I spotted a beautiful bright orange male Baltimore Oriole. As I was checking out the oriole, I heard some crows making a racket and I looked up to see two crows mobbing an adult Bald Eagle right above me. The eagle flew over several times giving me a really good look and a chance to get some photos. Moments after that I saw my best bird of the night – a COMMON LOON. I stayed for a while getting photos of the loon and got to hear it make its call.  What a great evening! I ended up with  twenty-four species in all, here are some additional highlights and some photos:

The above photo of an American Bittern was taken at The Basha Kill Wildlife Management Area (http://www.thebashakill.org/aboutbk.htm) in Sullivan County, New York. The American Bittern is a fascinating bird that I have wanted to see for a while now. A couple of weeks ago I finally got a really good look at one. Much thanks to Scott Baldinger who posted the bird’s whereabouts and to Tricia for locating the bird in the field. American Bitterns are very secretive and their markings make an amazing camouflage. In addition to the markings, the bird moves very slowly and deliberately and will sometimes point his head straight up to blend with its surroundings. Here’s a close up of the same photo. You can see the Bittern creeping through the foliage.

Here are some more photos of the same bird: 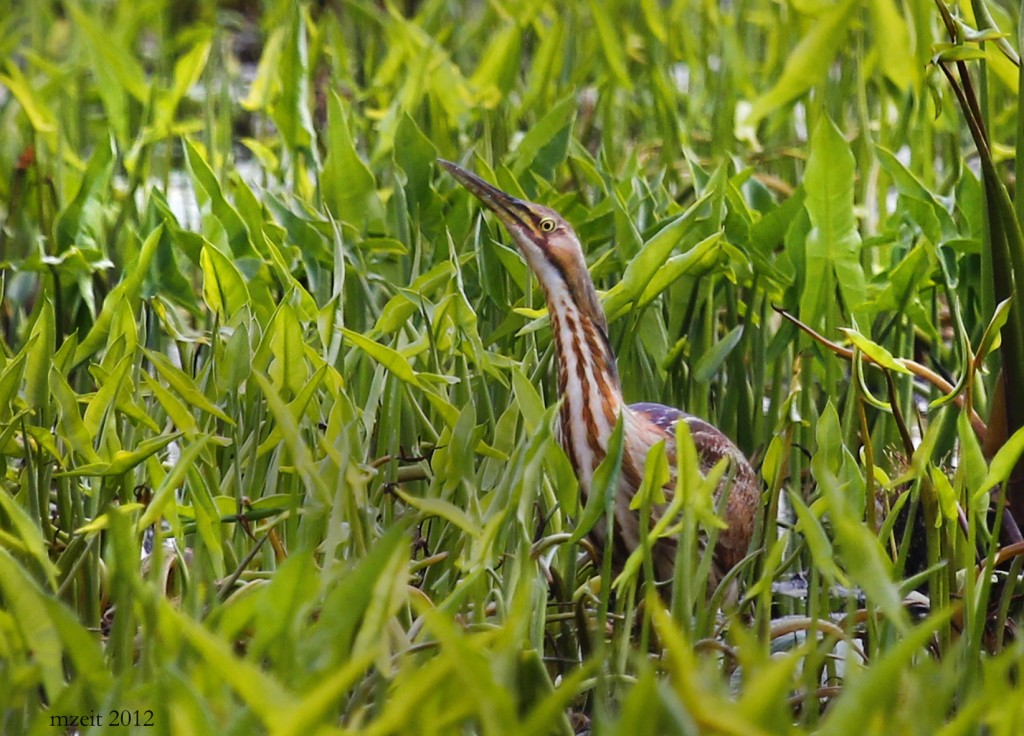 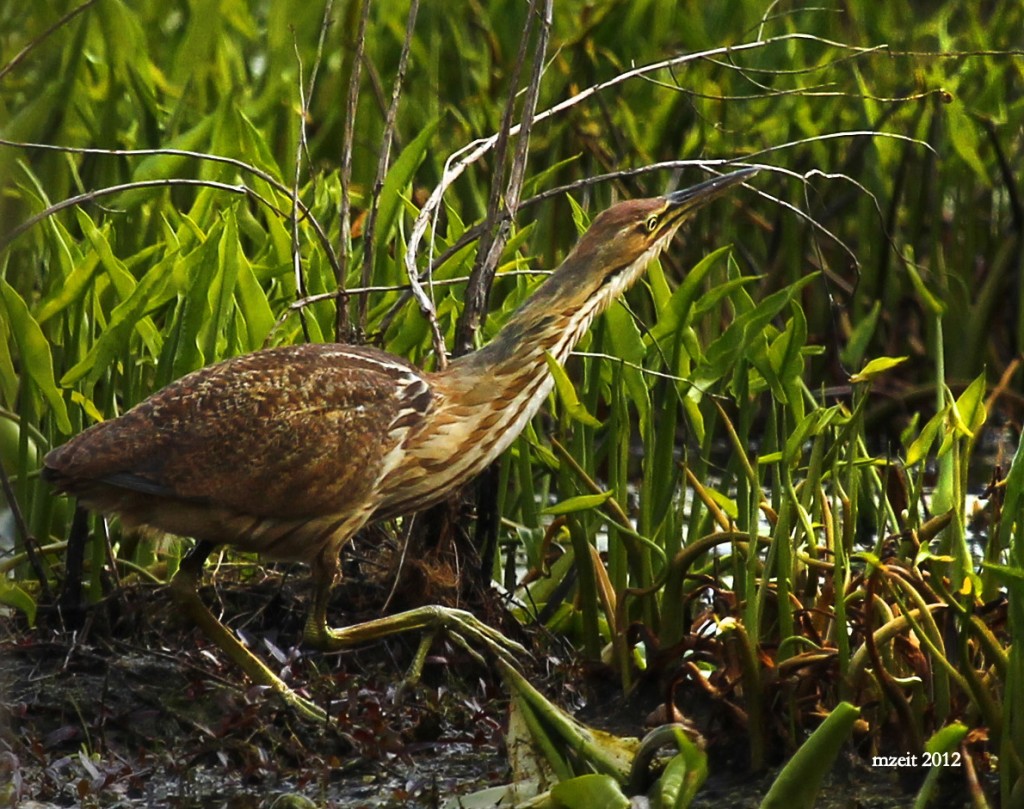 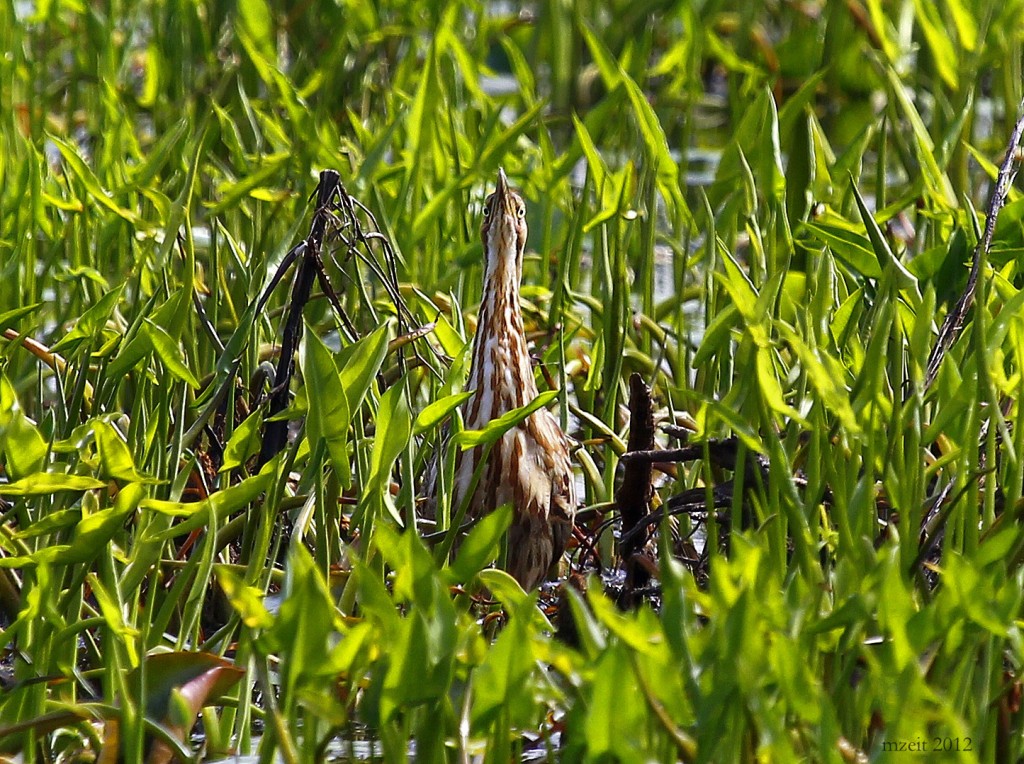 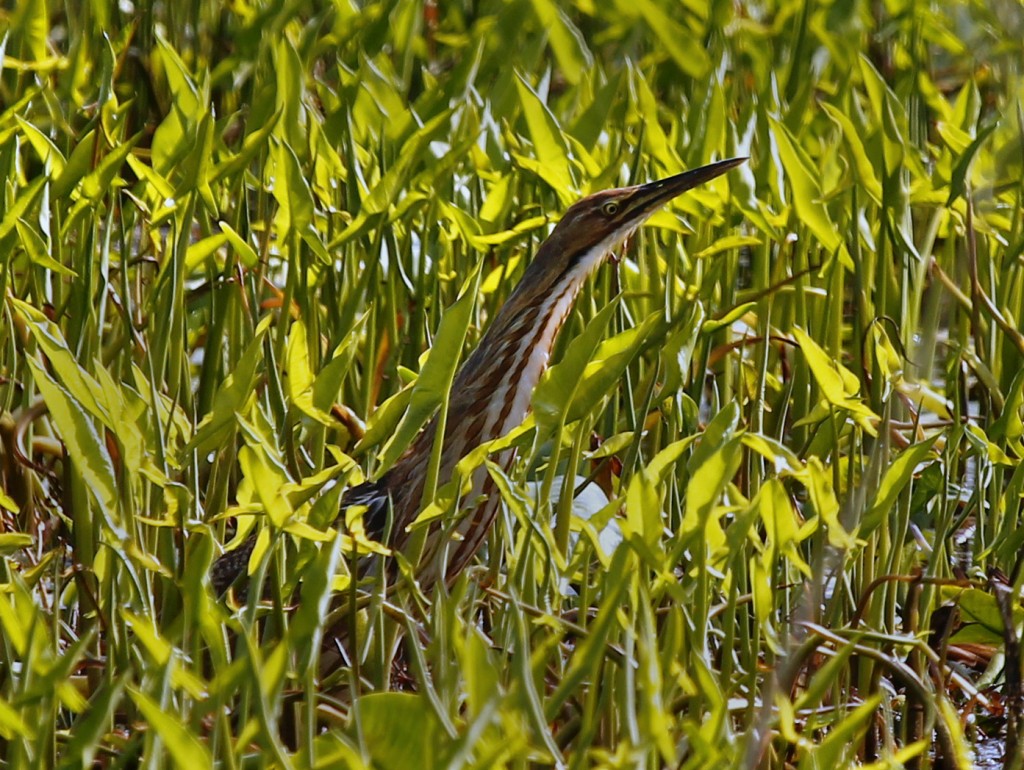 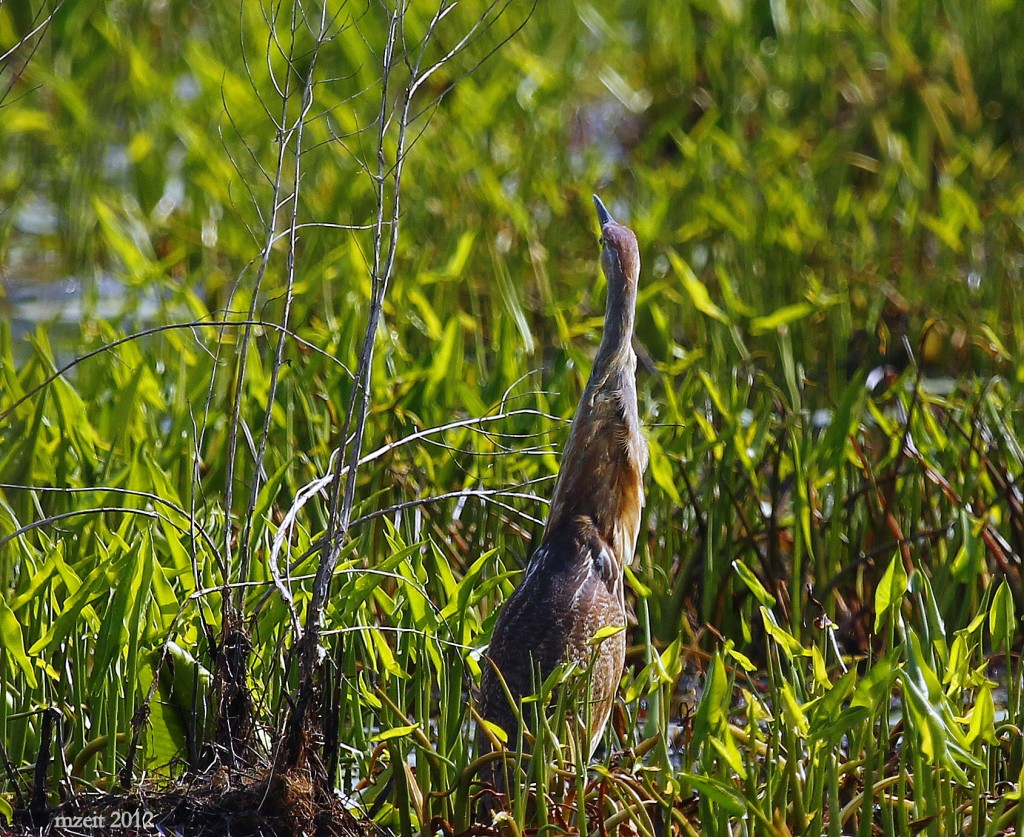 I went to the Wallkill River National Wildlife Refuge (http://www.fws.gov/northeast/wallkillriver/index.htm) today after work and found a Green Heron in a tree. I walked the Liberty Loop trail which is about 2 miles long. I was almost back to my car when I saw the heron fly in and land in a tree nearby. I was able to get the above photo, which I don’t love but it was the best I could do. It was a really nice walk with many birds – I was able to identify 24 species. Highlights for me:

Here’s a couple more photos from the day:

What the heck is Orange Birding? It’s my new blog dedicated to my birding adventures in  Orange County, New York and the surrounding areas. I am a novice birder- I have been into birds for years, but it is only in the last year or so that I have started to consider myself a birder. Now, in addition to enjoying finding and looking at birds, I am really trying to learn all I can about birds. It has been truly fascinating and I know that I am just scratching the surface.

I have also been trying to learn a little bit about digital bird photography. I feel like I have had some good results and I have some photos that I am really happy with, but boy is there a lot to figure out. First you have to get out there and try to find the species of bird you want to shoot, then you want to try and get close enough (without bothering or stressing the bird!), and ultimately you have to be able to use the camera properly to get a quality photo.  What a challenge!