Tricia and I spent nearly a week in Texas on a family birding vacation with Tricia’s sister Carolyn, her husband Bill, and their daughter Cameron. We stayed at Bill’s friend Joe Zanone’s beach house at Sargent Beach, which is a barrier island between the Intracoastal Waterway and the Gulf of Mexico.

We flew into Houston and on our first day Bill and I did some brief birding at Hogg Park, walking a trail that bordered the White Oak Bayou. The next day we headed to the beach and did the remainder of our birding at Sargent Beach and two nearby National Wildlife Refuges – San Bernard NWR and Brazoria NWR. We did a good deal of birding right off of Joe’s back deck, looking over the Intracoastal Waterway into the marsh. Both NWRs were were loaded with birds and feature extensive wildlife drives which allowed us to cover a lot of territory in the car. As good as the refuges were, my best birding experience was when Joe took Bill and I to the north end of the island. The “road” that heads out this way is just brutal. It is not really a road, having just been created by vehicle traffic, and it is littered with absolutely massive potholes. Bill and I tried to head out that way on an earlier occasion, but had to turn back because the road was too bad. Joe, however, knew the road and knew how to drive it. He drove us way out, pretty much in the middle of nowhere; we eventually saw the fenceposts that border San Bernard NWR. We had not seen many Osprey the whole trip, but out here, for some reason, there were at least a half a dozen Osprey, all perched either on the ground or very low perches, something that I’d never seen before and found fascinating. I really enjoyed the feeling of being pretty much in the middle of nowhere; it was just us and the birds.

The whole area is extremely birdy, but I think because we never really birded any significantly different habitats, I felt that our total number of birds was on the low side. We had a total of 108 species in what amounted to five days in the area (I’ve included a list of all species at the bottom of this post). Of those 108 species, I managed to get 12 life birds:

Normally the raptors on any list would be among my favorites, but I think because we got such limited looks at both the White-tailed Hawk And the White-tailed Kite they don’t rate as high as I would have thought. My favorites were the WILSON’S PLOVER, SNOWY PLOVER, and of course the SCISSOR-TAILED FLYCATCHER. All three are beautiful birds that we got really good looks at and photos too. The LEAST GREBE was also pretty amazing to see, but it was miles out and could only seen with the scope.

It was a really great birding trip, and I hope to get back there again some day soon. Enjoy the photos. 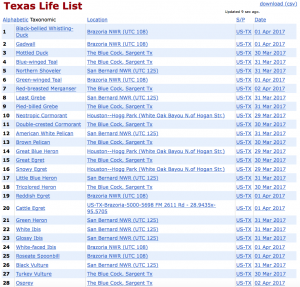 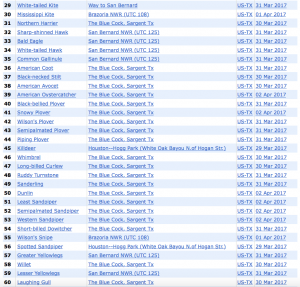 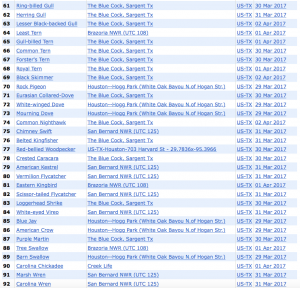