I hope that there is still an interest in seeing the Northern Harriers out at the grasslands, because for me it is still very exciting. To be in the blind and have these amazing birds fly so close to me is a real thrill that has not worn thin for me at all. Yesterday I went out because my friend Ed sent me some fabulous Short-eared Owl photos. They were up early and he took full advantage of it. The owls got up a little early yesterday, but I had a small window to get some photos and it just didn’t work out for me. I did have some more luck with what seems to be a young male Northern Harrier: 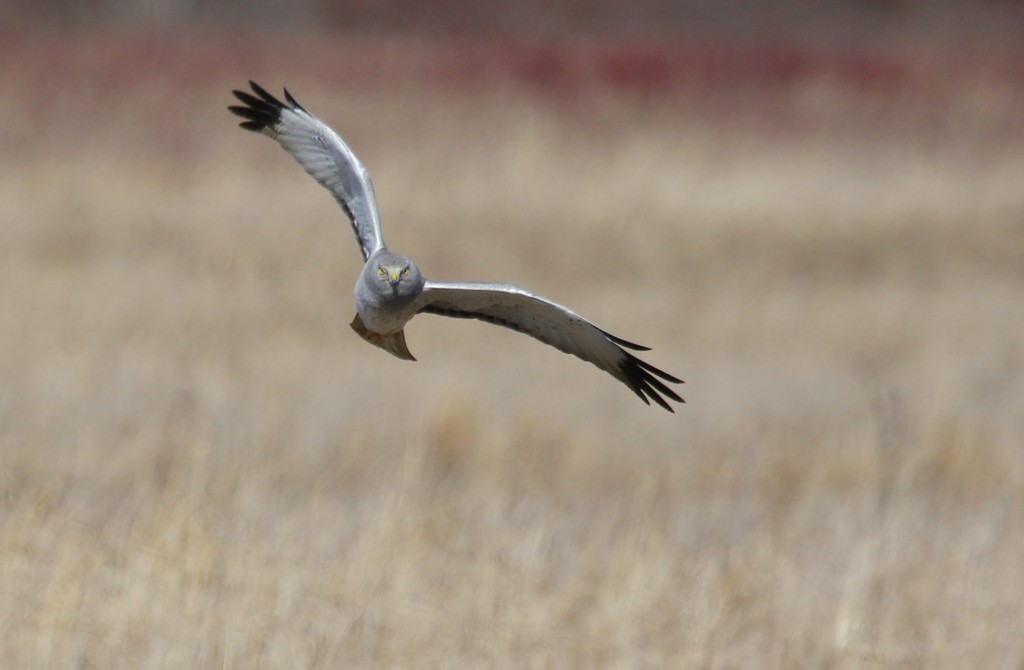 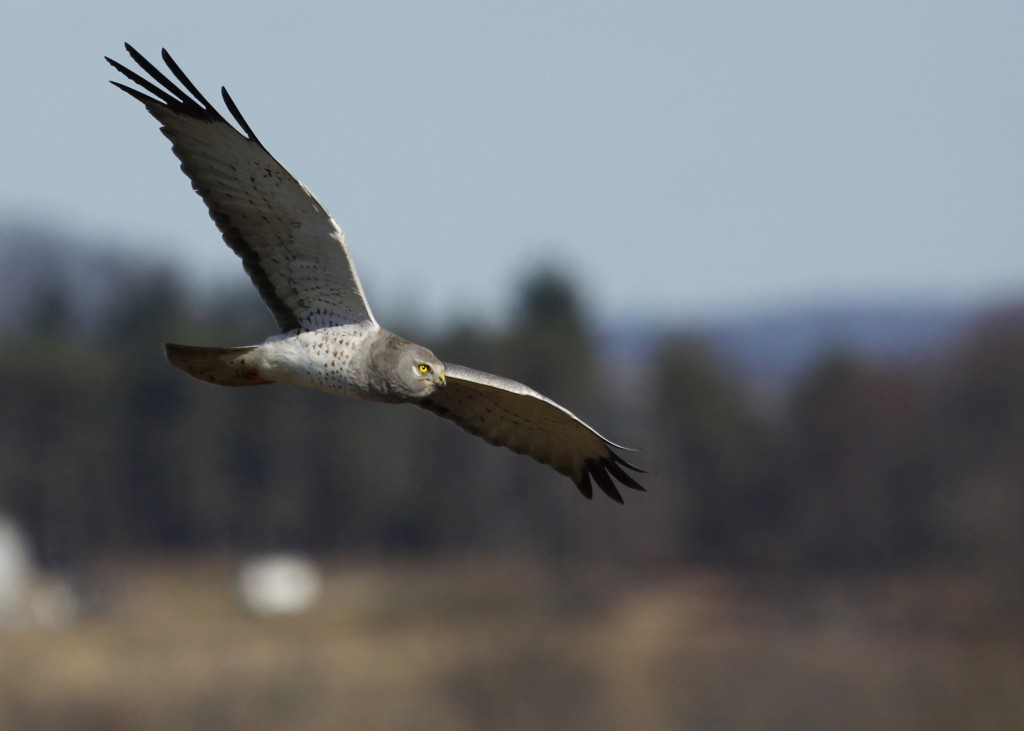 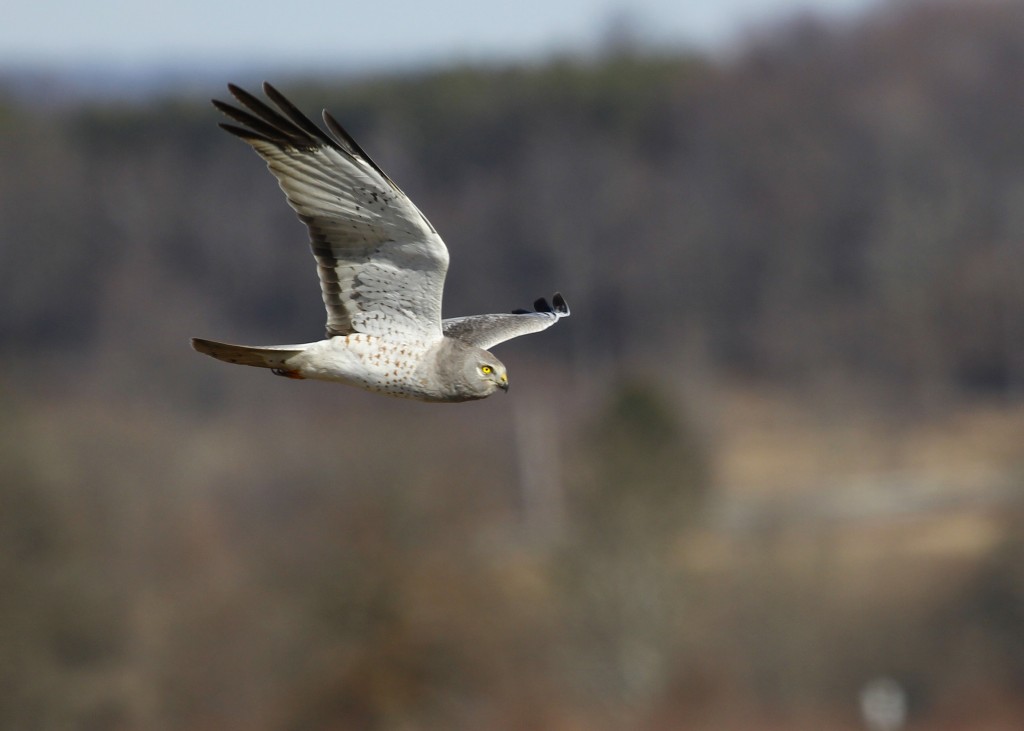 You can’t see it from the parking lot, but there is a fairly good-sized pond at the grasslands: 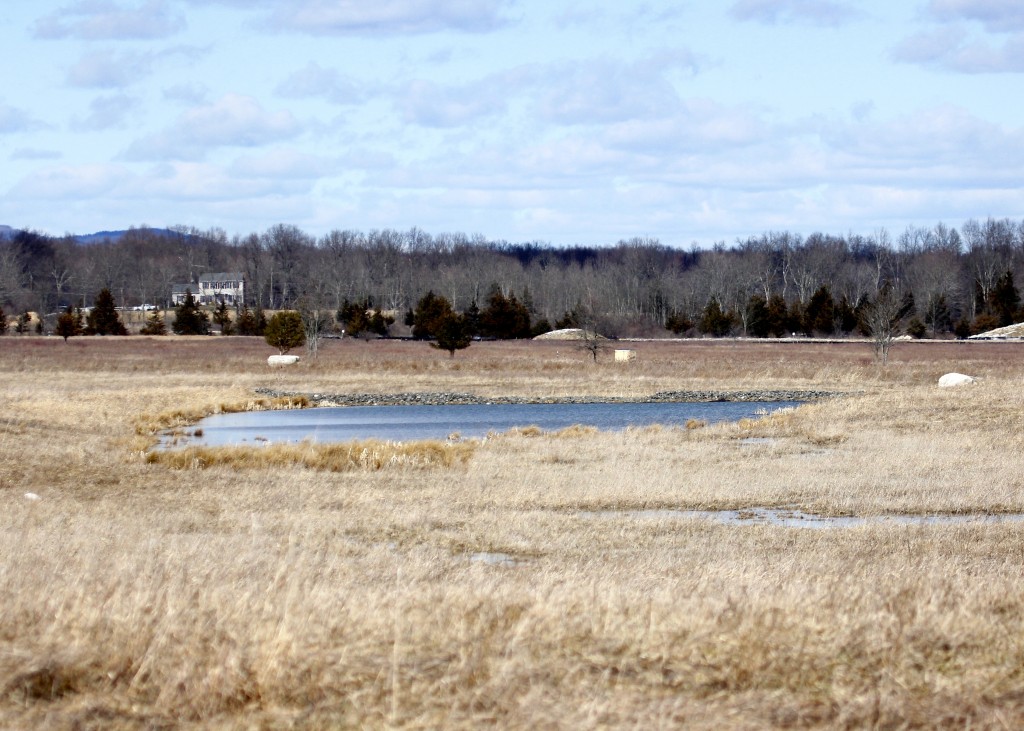 That is where this Great Blue Heron was heading when he flew right over the photo blind. It was very strange for me to see a GBHE flying low over the grasslands! 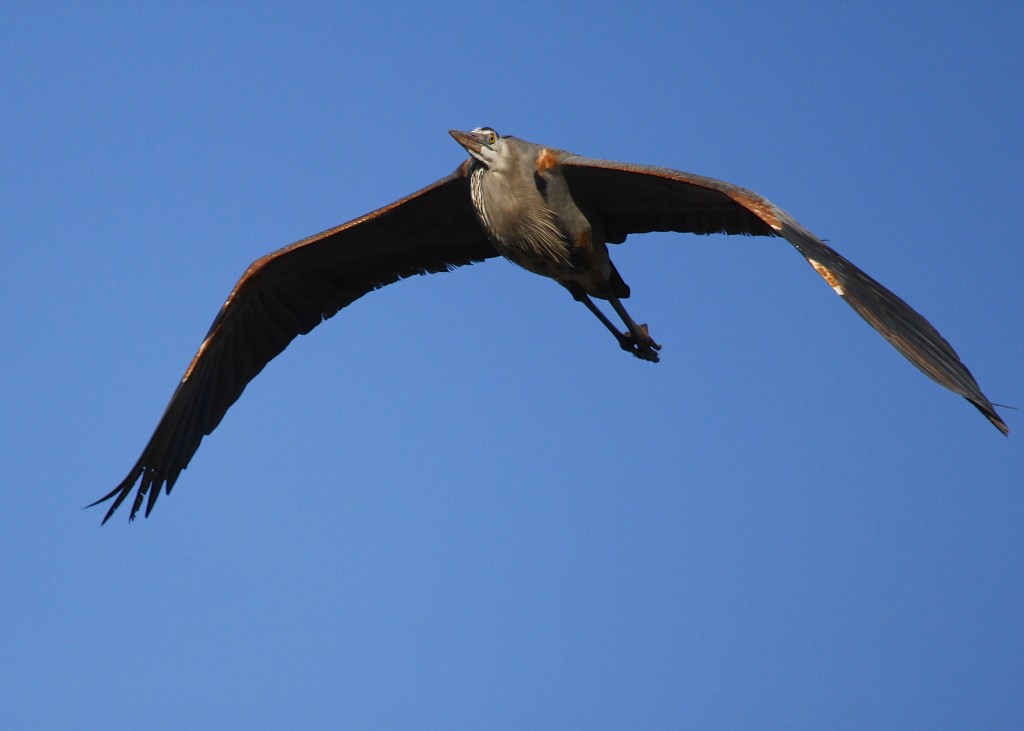 There were several Eastern Meadowlarks present but none got very close to me. 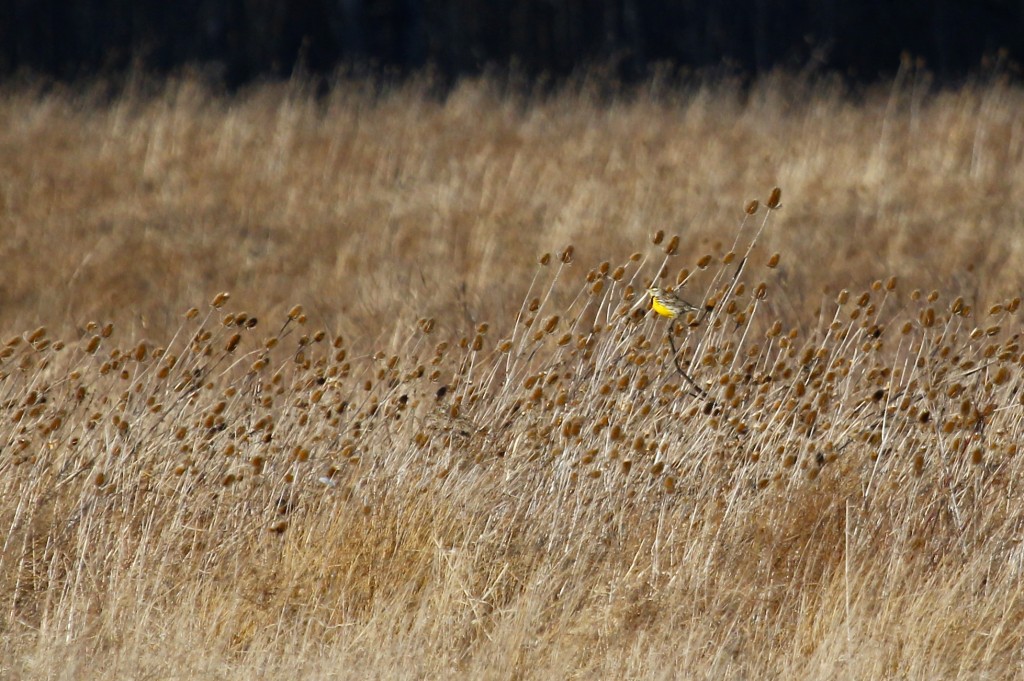 Here is my best Short-eared Owl photo from the night. I was disappointed, but it was still really amazing to see the owls. 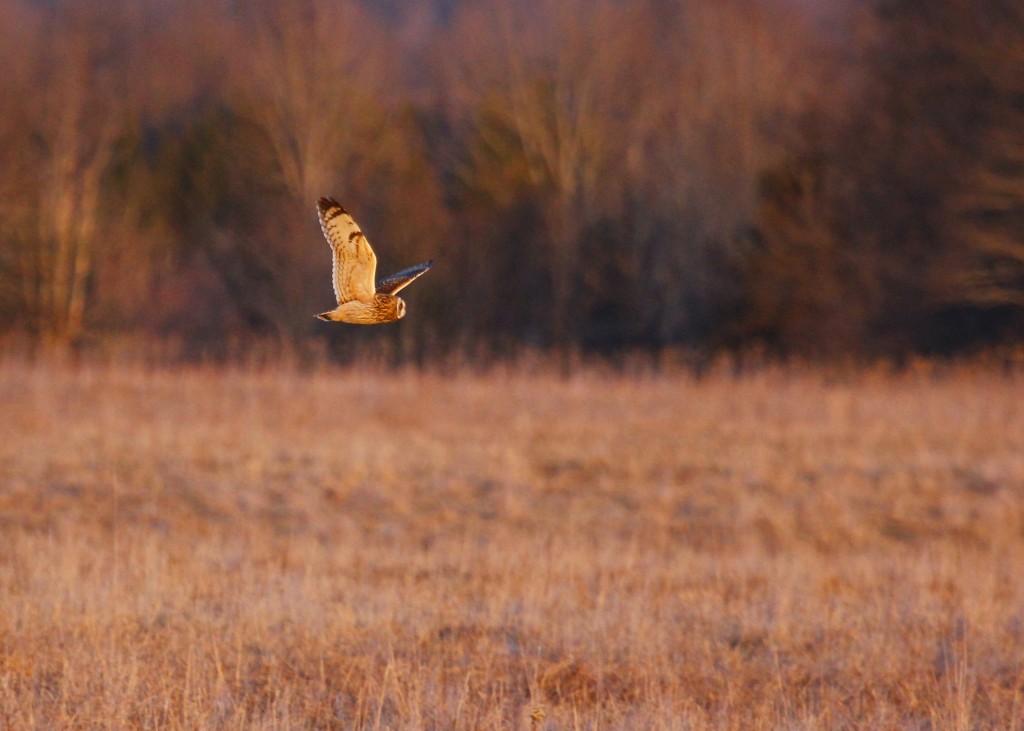 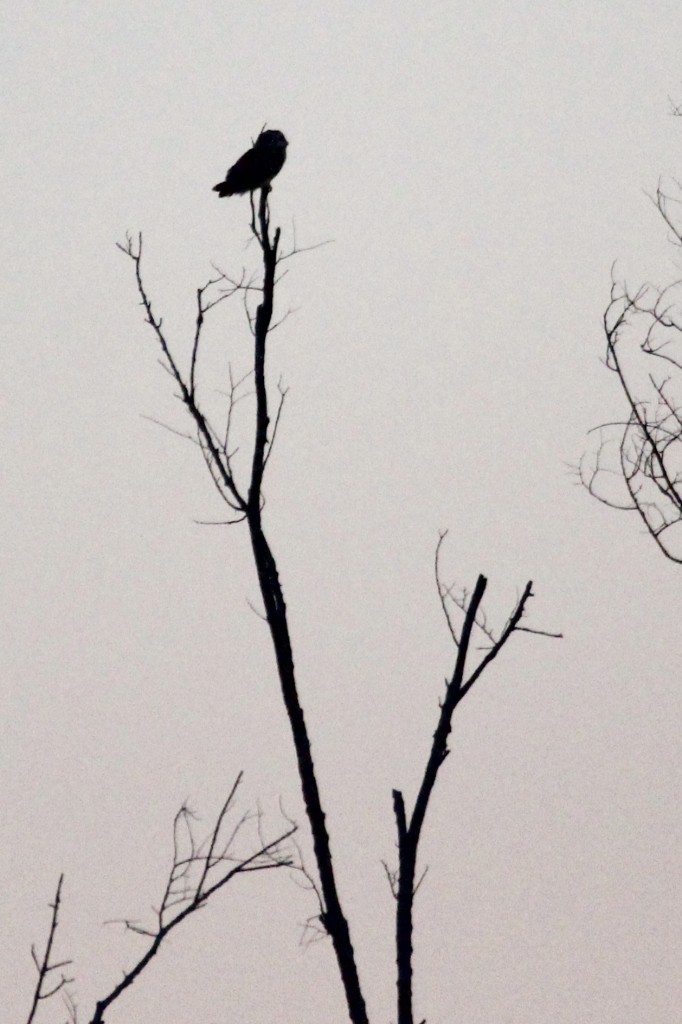 Tricia and I spent the holiday weekend with her family in Baldwinsville New York, which is just outside of Syracuse. Shortly after we arrived on Saturday we took a family excursion to Derby Hill Bird Observatory, which is a good hawk watch for spring raptor migration. Turkey Vultures and Red-tail Hawks were the most numerous migrants, but we saw a good variety of migrating raptors. Highlights included a young Bald Eagle that flew over soon after our arrival, and a low flying Merlin that we saw while we were exploring the shore of Lake Ontario.

Later that evening we had a large skein of Canada Geese, a large skein of Snow Geese, and a smaller group of swans fly over the house at the same time. I went running for my camera and managed a shot of the swans:

On Monday after work I stopped by 6 1/2 Station Road Sanctuary where it was pretty dead. I did not stay long as I was under-dressed for the cold; for some reason I thought it was much warmer out. Song Sparrow numbers were up, as were Green-winged Teal  numbers, and the Ring-necked Ducks are still hanging around.

I met Karen Miller out at Wallkill River NWR after work on Tuesday. We walked the Liberty Loop, it was cold but very enjoyable. We put together a respectable species list and took a lot of photos. 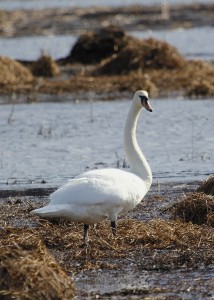 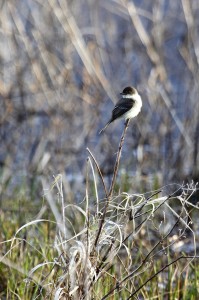