With the rain storms that rolled through the area Thursday night and into Friday, I was hopeful that there would be some shorebird movement. I made the rounds in the Black Dirt Region both Friday evening and Saturday morning. As I have previously documented on this blog, I struggle to identify shorebirds. I want to take this opportunity to thank both Rob Stone and John Haas who have both been extremely generous in helping me learn.

I took a brief spin around Turtle Bay road on Saturday morning.  Conditions looked perfect for shorebirds but yielded only Killdeer (about 25 or so).

I went over to the turf farm on Friday evening after another alert from Rob Stone – He had a White-rumped Sandpiper, and Ken McDermott had another Baird’s Sandpiper there. It was just around sunset when I got there and I could see that there were many birds present, but it was too dark to get a good look, so I left. When I went back on Saturday morning, all the birds had moved on with the exception of half a dozen or so Killdeer and one Solitary Sandpiper.

Late Saturday morning I had 13 Least Sandpipers here. I was entertaining the thought that there might have been a Baird’s Sandpiper among them. I let Rob Stone know what I was up to and he was kind enough to stop by and check it out for me. He let me down easy, ha ha. Actually it was another valuable learning experience for me – which is what this is all about after all.

This is the spot that I thought I might really find something good, or at least some higher numbers of birds, but it was basically a bust. I walked the loop both Friday night and Saturday morning and had only Greater Yellowlegs, Lesser Yellowlegs, Solitary Sandpipers, and Killdeer. I didn’t have very many, less than a handful of each. On Friday night I had two additional smaller shorebirds that I saw fly in but then lost them and never relocated them again to identify them.

The birding in general at the reserve was pretty good – I had over 30 species on both visits. I also had some good photo opportunities, particularly with this pair of Belted Kingfishers, which is a bird I have never had any luck photographing before Friday night.

Tricia and I went to Long Island to visit her sister and her family. I, of course, took the opportunity to take some photos. Huge thanks to Carol and Bill for both their hospitality and for the tour of the local birding spots. 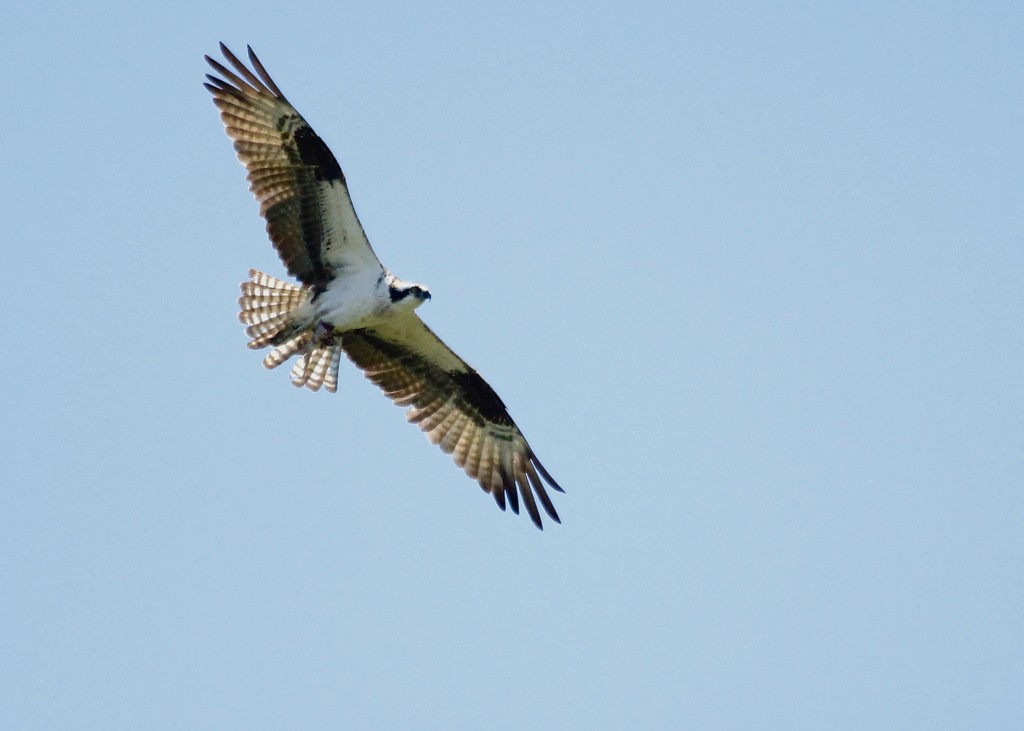 Osprey in flight, taken from my kayak. I took many photos of this bird, all with my ISO set to 1600 (from the evening before). The result was some very noisy photos. Oakdale NY 8/4/13.