QUICK POST: I bolted out of work to run for the PAINTED BUNTING that had been reported in Sussex County, New Jersey. Since it was Friday, the traffic was miserable and I got to Andover a little on the late side (I didn’t think I would ever get there!). I located the bird with the help of  Denis, the only other birder present. It was his first time seeing the bird in New Jersey, and for me it was life bird #316. And what a beautiful bird at that, really it’s hard to believe this bird unless you see it. The bird only came to the feeder one time while I was there, but he spent a good amount of time there before finding a nearby perch. I wish the light had been better for photos, but that’s the way it goes some times. What a super bird and a very nice way to end the week.  Thanks to Linda Scrima, Maria Loukeris, and Marianne Ofenloch for the heads up about the bird and for the details on how to locate him. 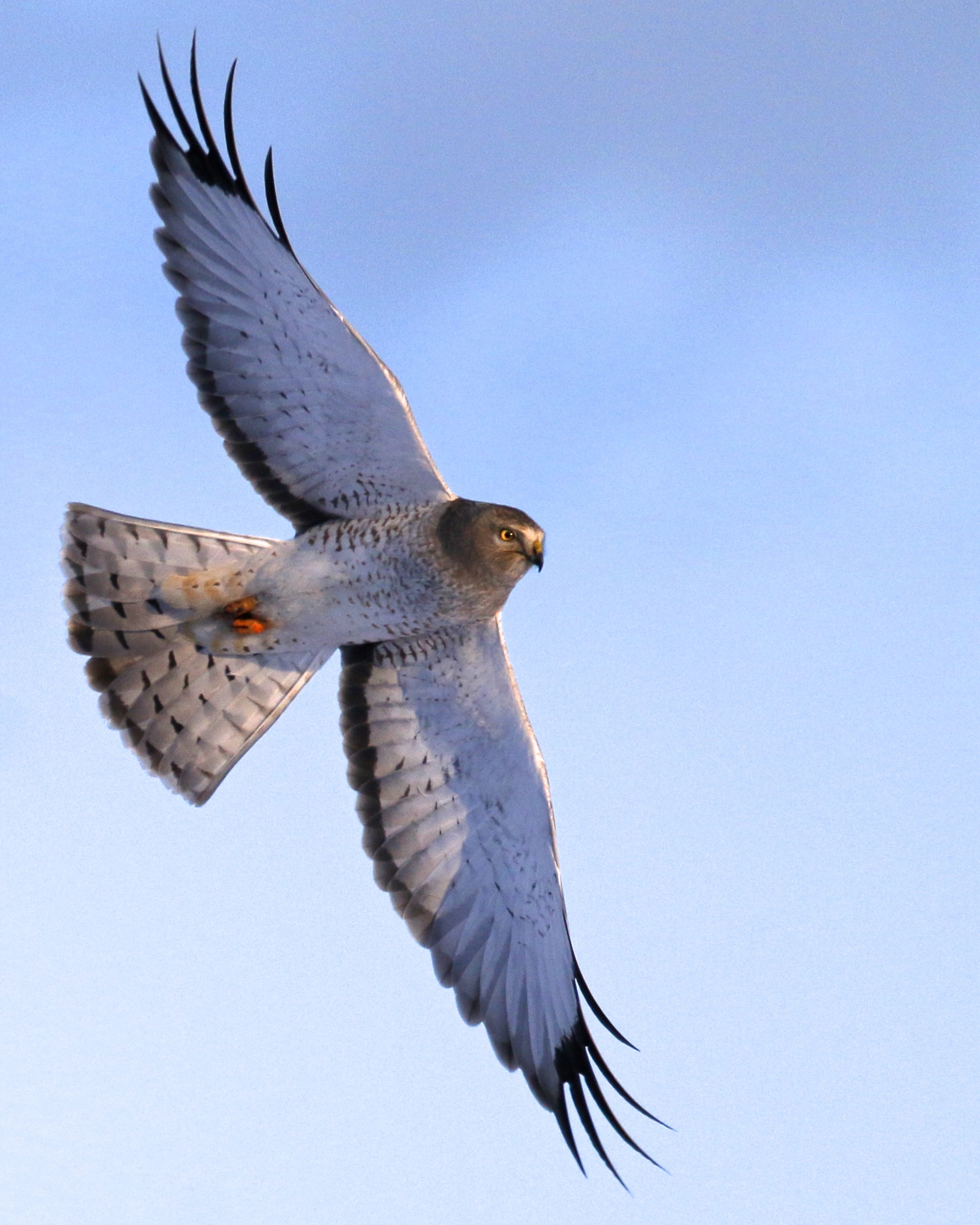 I made out to the viewing platform at Wallkill River NWR Liberty Marsh this evening and it was COLD night! There were not many birds flying close, but I got lucky with the one bird that came close enough for photos – a male Northern Harrier or “Gray Ghost”.  This was the only bird I took photos of tonight, but there were several hunting Northern Harriers, two distant Rough-legged Hawks, and at least one Red-tailed Hawk while I was there. It was not quite dark when I left, honestly I just was getting too cold to stay out, and the Short-eared Owls were not yet up.

Yesterday evening I was on Missionland Road, searching for the nearly two dozen Lapland Longspurs seen there earlier in the day by both Rob Stone and Ken McDermott (21 and 19 respectively), when I received a call from Ken. There were two Short-eared Owls perched together north of Oil City Road at Liberty Marsh. I headed over and the birds were still on their perch. It was a distant look and this photo is heavily cropped, but still pretty darn cute. Thanks to Ken for the call and hopefully I will get back out to try for the LALOs on another evening this week.

I went to the Newburgh Waterfront this evening to try for gulls; I had a report from Curt McDermott on Sunday of a Glaucous Gull. Gulls were plentiful, but I unfortunately was unable to locate anything other than Ring-billed Gulls, Herring Gulls, and Great Black-backed Gulls. I did have three Bald Eagles on the ice floes – two adults and one immature.

I spent an enjoyable morning birding in the black dirt; I spent just over three hours hitting many of the usual spots. Notable observations included fewer Canada Geese than I have had in recent days, I’m not sure where all the geese were hiding out. Also, on Missionland Road, where there were hundreds of Horned Larks earlier this week, I did not have one lark. I did manage to relocate 4 Lapland Longspurs in small flock of mixed sparrows. And, on Onion Avenue in New Hampton I had my first American Robins of the year:

It was a good morning with a total of 32 species identified: 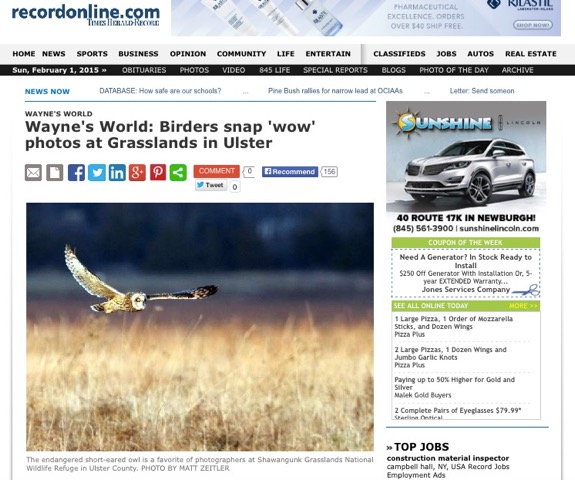 I made it into the Sunday Times Herald-Record today in Wayne’s World, a column written by nature writer Wayne Hall. If you would like to check it out, click HERE.